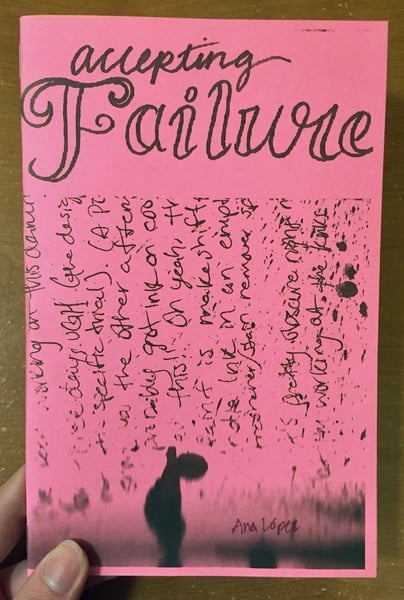 This zine feels simultaneously handwritten in a single draft and deeply thoughtful and profound. Ana traces historical and generational trauma and expectations between herself, her siblings, and her father. Dissecting her father’s “failure it not an option” fridge magnet, ana looks at how each of her brother’s and sister’s achievements or lack thereof was used to impact their self-esteem and the next child’s performance metrics. If her brother was a little more successful, the pressure came off from her. If her sister screwed something up, there was less expectation of her to succeed. Things get complicated as her parents figure out that she is queer and she realizes the distinction between what she wants and what others want of her. She looks at grading metrics and relative successes and averages and how honestly difficult and demanding it is to be a mcdonald’s employee.
Made in United States of America

0
Your bag is empty
Start shopping