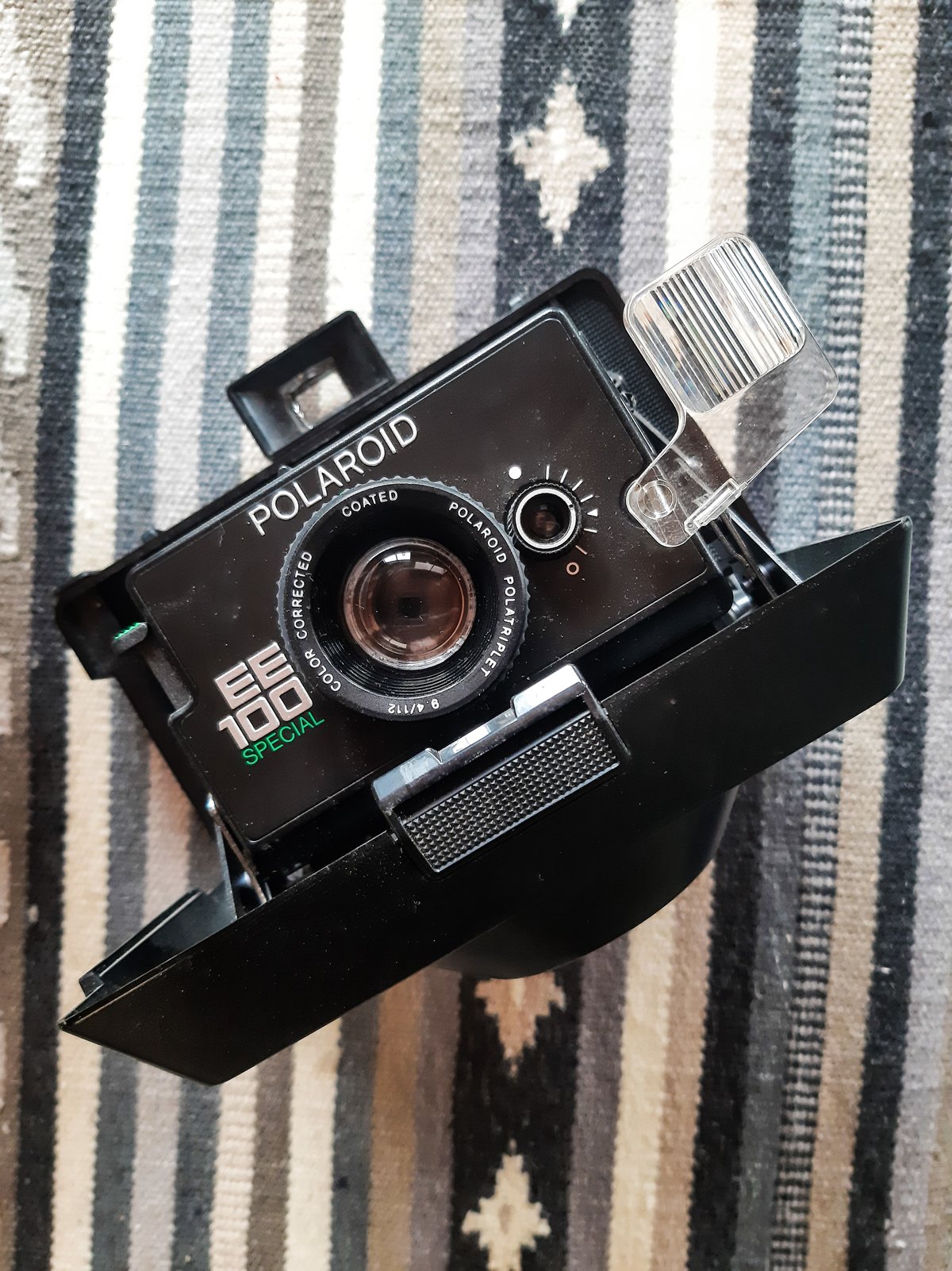 The EE100 Special is one of Polaroid's second generation of folding, 100-series packfilm cameras, made for a few years from bout 1989. It is similar to the earlier EE100 and The Reporter from 1977, and the Pro-Pack. The EE100 Special can use both 100-series and 80-series packfilms, and the fixed non-focusing viewfinder has guides to show the frame size for each. Like the Reporter,(but unlike the standard EE100), the Special has a setting ('3000 ER') to use ISO3000 film at full aperture.

The lens is a coated 112 mm f/9.4 Polatriplet, with front-element scale focusing. Unlike the original Polaroid 100-400 series of folding packfilm cameras, this series of cameras are not rangefinders.

As an improvement over the original folding series, there is no need to cock the shutter after each exposure, and the folding mechanism is greatly simplified. The EE100 also takes generic 'blue dot' flashcubes, with a wind-up hot shoe and diffuser set to one side of the lens.

This camera accepts to discontinued, but available FUJIFILM FP-100C Professional Instant Color Film packs. It has been fully mechanically tested, but not film tested. The battery contacts are free of corrosion, and the rollers are super clean.

0
Your bag is empty
Start shopping